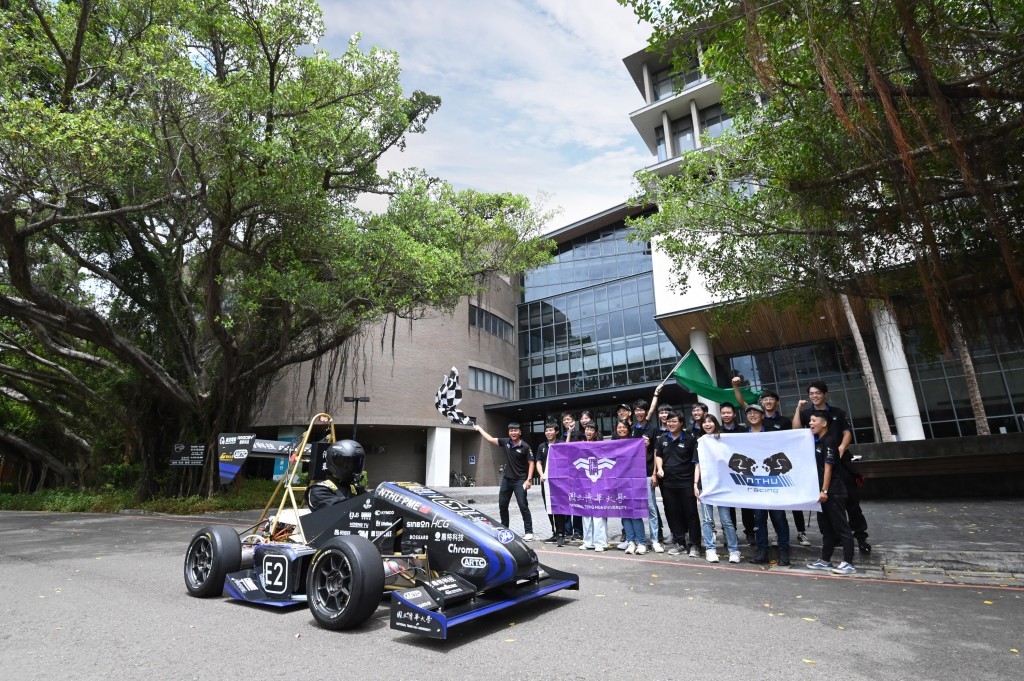 TAIPEI (Taiwan News) — From 0 to 100 kilometers per hour in 2.7 seconds: that is the speed which students at National Tsing Hua University hope will help them win awards for the TH05, the latest version of their electric racing car.

The college's“Car Factory"  sealed off parts of the campus in Hsinchu City Thursday (July 16) to give a demonstration of their new vehicle's speed amid enthusiastic attention from students and teachers alike, CNA reported.

Compared to previous versions, the "Tsing Hua No. 5” was equipped with four-wheel drive, lithium ternary batteries, and a third shock absorber, but the battery pack's  weight had been cut from 75 kilograms to 55 kg, allowing the car to go even faster than its predecessors.

Another major difference with the two previous generations of the electric race car was that the latest version did not include any imported parts, but was 100 percent made in Taiwan, its designers said. The engine had been supplied by Adata Technology Co., Ltd., a Taiwanese company involved in products from LED lighting to computer games.

Tsing Hua said it hoped the new car could participate in next year's Formula SAE race in Japan and achieve even better results than the second place a previous version had reached in last year's competition.