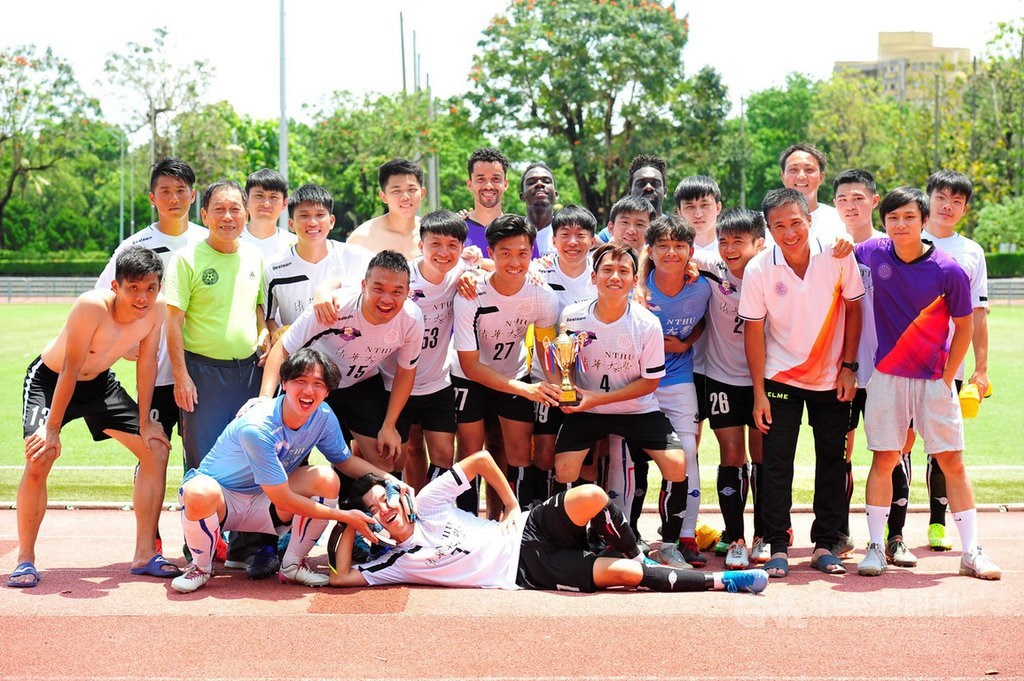 In the video posted on social media Wednesday, the students from Malaysia, Hong Kong, Macau, Korea, St. Vincent and the Grenadines, Haiti, and El Salvador praised Taiwan's public health response, saying it has kept them safe and allowed them to maintain their normal routines amid the pandemic.

"I would like to thank the workers in Taiwan keeping us safe from the virus. It's allowing us to do what we love the most, which is to play football," says a student from El Salvador, identified by his Chinese name Lung Yu-kuo (龍雨果).

"Taiwan is not on lockdown. I'm very safe in Taiwan," says Kao Chia-mo (高家莫) from St. Vincent and the Grenadines, joking that he plans to go out later to lift weights and eat xiaolongbao.

"Thank you to all of Taiwan's epidemic prevention workers on the front lines for letting us compete without fear," adds Malaysian Lin Yuan-sheng (林源晟).

According to the team's coach Chen Kuo-hua (陳國華), the students hoped to use the video not only to thank Taiwan's public health workers, but also to let their families know that they are happy and safe in Taiwan.

As of 9 p.m. Wednesday, the video had been viewed almost 4,000 times and received more than 300 likes on NTHU's Facebook page.